»The details and the results of Atel's Product…

Taiko wafer、Thin wafer、Curve wafer etc. is more fragile than normal wafer and is difficult to handle in reality. Wafer Handling Clean Robot to handle without breaking in safety… 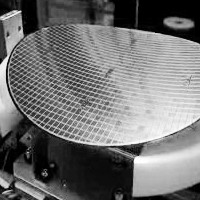 We want to put Marking System in Macromicro Inspection System. We incorporate it in company's online and want to reduce simple mistakes such as lot mistakes. By Custom-made… 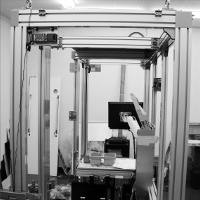 When a trouble occured, Atel offers service to minimize the influence. and built the maintenance system including business trip repair correspondence short term.… 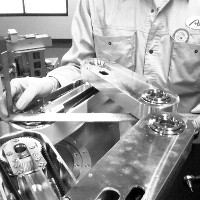 We self-develops automatic appearance analysis software by image processe, simple controll software by GUI. Be most suitable software for the demand of customer. … 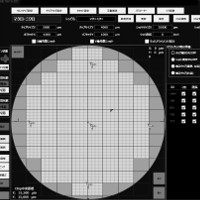 Atel continues providing the semiconductor related system that the customer really needs a robot to a main since the establishment. In late years the fields we are putting a lot of work in is the product for special wafer andthe microscope loader with low price macro fuction and Automatic visual inspection system.


At first,about the product for special wafer. We say here special wafer is semiconductor wafer that is used in power drvice and MEMS in the main. Specifically, it is expressed special wafer to handling hard in particular collectively called such as taiko wafer, thin wafer, wafer with bir curve.

Atel thinks that we have an important point of three of us on coping with these special wafer.

Atel developed handling robot, aligner, macro unit, automatic xystage these three points in mind. In putting these units together, we are able to build the system could provide the system that the customer neede. Many companies introduced our product.


The microscope loader with low price macro fuction In late years we developed the replacement that the macro-micro inspection system a major maker made in the past became old for there were many demands in particular.


Automatic visual inspection systemMaking use of our characteristiccustom-madewe build image processing algorithm from zero in some cases for remains and a wound, the irregularity the customer wants to detect and provide the product as high speed, high accuracy, high cost performance.


Atel is a company ( of position is very attentive )be creating 「The system which is sold nowhere thoug it is necessary」.

We would like patronage of all of you, encouragement continuously.